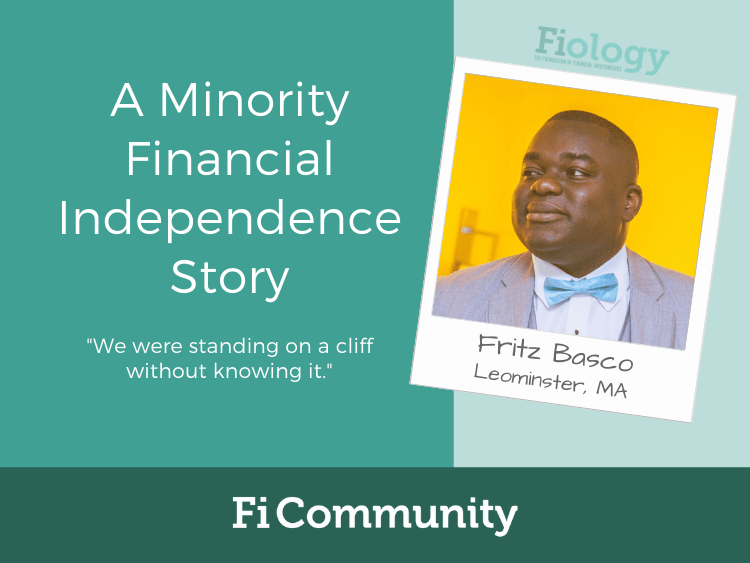 The Lottery of Life

When I moved from Haiti to the United States at age 11, I knew I had won the lottery but I had no clue how much I had won. Growing up I knew we had it good compared to the people back in Haiti. I no longer went most of the day without food—eating only once per day—or resorted to sugar water and bread for dinner.

My father worked very hard to make sure I had a shot at the American dream. I wasn’t going to waste it. So, I did what most young men would in my situation. I went to high school and got good grades. I expected to go to college with no problem.

I joined the Massachusetts National Guard in 1999 because I was told that doing so covered 100% of college tuition. What I failed to realize at the time was that tuition did not include fees and housing. After a year and a half of going to UMass Lowell while working full time, it became evident that I was not going to make it and needed to find another route.

In 2002, I began one-year active duty orders to repurpose my life. That single year of active duty was one of the best things that ever happened to me. I was able to pay off all $8k of my student loans and save about $6k. I remained in the Massachusetts National Guard until 2005.

After my active duty time, I needed to refocus. Since I’m from Haiti, I knew the greatest threat that we as Haitians faced was the fact that our people are unable to find work. Most of those who do find work can’t guarantee that they’ll get paid at the end of the month. I knew in order to “make it” I needed to find the most stable work possible.

When the government said they were hiring some people from my active duty mission to stay on as civilians, I was interested. Here’s a job/career where I can be vested, get a pension as early as age 57, and stay at the job until age 66 before I retire. I was happy to work diligently from age 23 to 66 and be the first in my family to retire.

What Haitian can say that they have a successful retirement plan in place at age 23? I knew of no one. In fact, the traditional financial narrative where I was from was much different. I knew 66-year-olds who had no plans of ever stopping—not because they loved the job but because they didn’t save anything. Retiring was what rich people did and, although I had broken through and made it to the middle class, I was certainly not rich.

In 2003, I was hired in New Jersey. Landjin, now my wife, moved from Massachusetts. We were married and welcomed our son, Timothy, into the world. A few years later, we were blessed with our daughter, Anabelle.

We purchased a home in 2005. We were living the good life. We kept spending within our means but didn’t save much at all. In 2008, my wife’s father died and she and our children moved back to Boston. I stayed in New Jersey until I could get a company transfer. The transfer came a year later and I was back with my family in Boston where we rented a duplex from my wife’s mother for $800/mo.

The housing market was horrible at that time and we were unable to rent or sell our New Jersey home. We continued to pay the $1100/mo mortgage for the next two years but eventually, in 2011, decided it best to file for bankruptcy. For the next few years we focused on regaining our financial footing.

I read Rich Dad Poor Dad in 2014. I decided that I was Poor Dad and if I had died on that day my kids would be left zero assets. I then realized that I had known two other people in my life who died, leaving everyone in a mad scramble trying to piece together enough for their funeral.

I decided from that point on that I would not leave this earth without first accumulating assets to leave to my children and grandchildren. I would do this by using debt. At the time, I thought debt was the best thing ever.

I only knew real estate as assets and nothing else. After reading a few books on the subject I decided to follow Gary Keller’s advice in The Millionaire Real Estate Investor. I’m sure there were a lot of good points in that book like finding your “WHY” but what I took from it was three simple rules.

At that time, I couldn’t think of any reason why that plan wouldn’t work. So, I went for it.

Fast forward to January 2018, when I was in more than $900k in total debt and feeling good about it. Then I come across a podcast called ChooseFI.

After binging the ChooseFI podcast for a couple of months I realized we were standing on a cliff without knowing it. I decided to pivot slightly from the rigid plan and eliminate as much risk as possible.

A few months later, I had the opportunity to attend a Financial Independence Camp called CampFI, where I met some very cool people and had the time of my life. If you haven’t attended one, I highly recommend it.

Even though we sold our first investment property, real estate will be part of our lives going forward. We know that it’s not the only path to wealth but it is what excites us. We as a family have decided to slow down on the remaining debt in order to set up our investments in a way that’s agreeable to us and give us some leisure time to enjoy the dynamic journey.

We’ve decided that vacationing, visiting different places and different people, making new meaningful connections, and reconnecting with old connections are ways that we can continue to enjoy life as we move on toward Financial Independence.

From my point of view, I can tell that our family will thrive. As recent as 2014 we were not only poor but broke. Now we are taking vacations with travel points while saving and investing.

I don’t know exactly when we will reach Financial Independence. We enjoy real estate and we plan to continue to invest in rental properties while adding periodically to our traditional retirement accounts.

Our son, Timothy, is 15 and our daughter, Anabelle, is 13. It is an exciting time for our family. I and my beautiful wife, Landjin, look forward to the challenges and rewards of our Financial Independence journey.

None of this would have been possible without the Financial Independence Community. I’m using my time for more meaningful connections and to practice gratitude in any way I can. It’s very exciting and I can’t wait for what’s next for us.